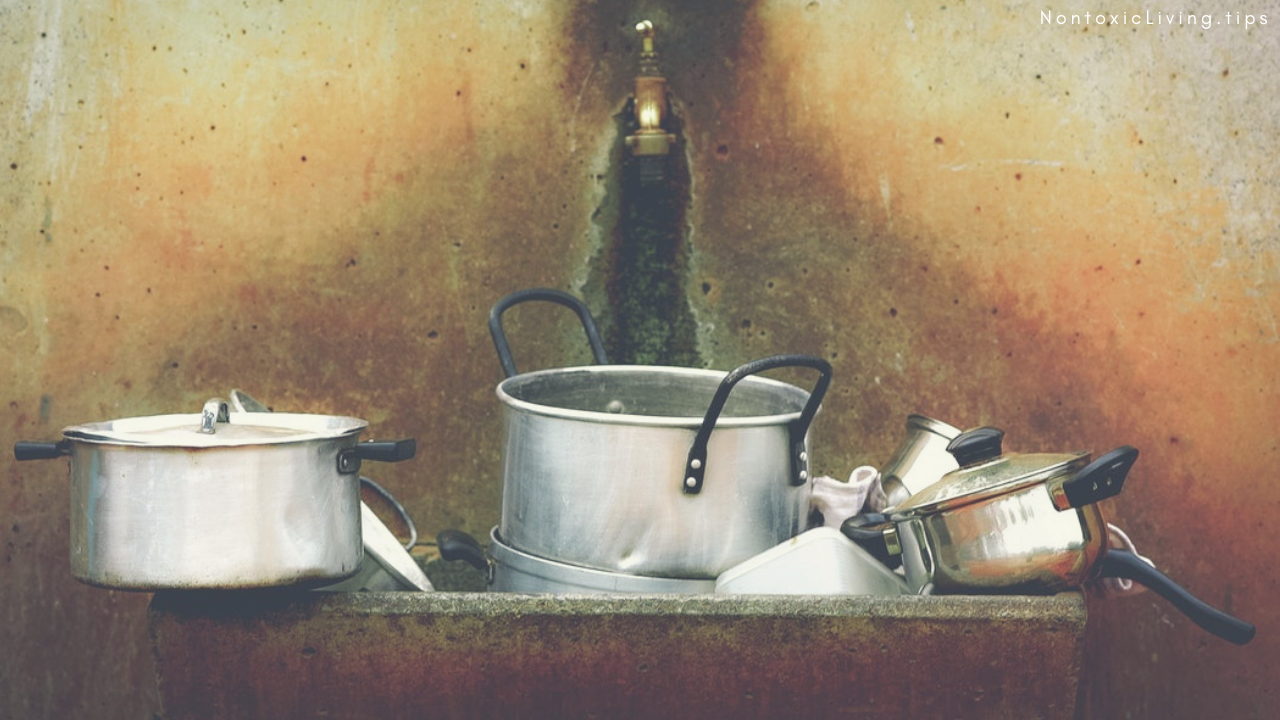 Do you make time to cook at home so that you and your family can eat a healthier diet? Are you also someone who makes baby food to protect your child from chemicals found in prepackaged baby foods?

Increasingly, people are trying to eat more homemade meals. Moms of babies and toddlers are prioritizing time to make homemade baby food. These people know that it's healthier to hand select the ingredients in their meals, and to control other things, like how much oil or salt to use.

To  boost these health efforts further, consider what type of cookware you are using. Some cookware can contaminate your diet (and indoor air) with toxic chemicals and heavy metals.

Below are some of the most common cookware that you should reconsider.

1. Nonstick pots, pans, and bakeware. Nonstick cookware are often made of Teflon or another nonstick formula. Teflon has been found to produce fumes that can sicken humans and even kill birds. One peer-reviewed study found nonstick coatings to kill birds at a temperature as low as 396°F (202°C), according to an article by the Environmental Working Group. The Environmental Working Group had nonstick cookware tested for harmful chemicals. Here’s what they found:

In 2003, testing commissioned by EWG showed that within minutes of turning on the stove, the temperature of an empty non-stick pan would exceed 500 degrees. After five minutes the tested pans reached temperatures that would induce significant material loss and generate a range of noxious breakdown products, including four particular toxic chemicals: perfluorobutane, hydrofluoric acid, carbonyl fluoride, and monofluoroacetic acid.

PFOA (perfluorooctanoic acid), also known as C8, is a notorious chemical that was popular in nonstick chemical formulas. These chemicals may contaminate our food with direct contact and off-gas into the air above certain temperatures. While manufacturers of PFOA agreed with the US EPA to phase out PFOA by 2015, PFOA may be in your older nonstick cookware.

Just as relevant to us, however, is that China became the next target market for PFOA after it was no longer welcome in the US. While we should be concerned for those exposed in China, it also affects us in the US and the rest of the world because PFOA, and related chemicals, have an unusual longevity. Therefore, they can travel the world through water, air, wind, and bioaccumulate throughout our food web. In fact, they are found in most people tested.

In addition, replacement chemicals may be just as toxic. We simply don't know if they are safe.

2. Aluminum cookware. Aluminum is often used to cook veggies on the grill or as a convenient throw-away pan for cakes and casseroles. Aluminum can react to several types of food, such as acidic or salty food. The reaction can result in aluminum getting into the food supply. With foods that have been in lengthy contact with aluminum materials, you can often detect the metallic taste of aluminum in food.

When heightened levels of aluminum are in the body, it may contribute to Alzheimer’s disease, bone or brain diseases, and damage to the nervous system (in animals). Studies have shown the same effects in children as in adults.

Silicone is made of synthetic rubber. While it has been studied for health effects, the evidence is inconclusive. Consider avoiding silicone when possible (it might be a safer replacement for plastic, but we don't know) until we know if it's safe.

What are the health risks from cookware?

Toxic exposures from conventional cookware may contribute to serious potential health issues such as terminal illness, developmental damage in children, brain and bone disease, and immune system damage. Avoidance of unnecessary exposures can add up to a significant reduction over a lifetime. Below are health issues that have been associated with aluminum and chemicals often found in nonstick cookware.

1. Cancers. PFOA may contribute to various types of cancer, including cancer of the liver, pancreas, testes, and breast.

The International Agency for Research on Cancer (part of the World Health Organization) has classified PFOA as possibly carcinogenic (causing cancer); the U.S. Environmental Protection Agency (EPA) has stated that PFAs may have the potential to cause cancer.

The American Cancer Society (ACS) depends on organizations such as the IARC and U.S. EPA to identify potentially cancerous chemicals. The ACS stated:

PFOA has the potential to be a health concern because it can stay in the environment and in the human body for long periods of time. Studies have found that it is present worldwide at very low levels in just about everyone’s blood... IARC has classified PFOA as 'possibly carcinogenic to humans' (Group 2B), based on limited evidence in humans that it can cause testicular and kidney cancer, and limited evidence in lab animals.

2. Developmental damage in children. Studies have found that PFOA may contribute to developmental defects in the brain, reproductive, immune, and endocrine systems. We should avoid PFOA, and its larger chemical family of PFCs, whenever possible. PFCs have been found in nearly every American tested, including infants. A to Z of Detoxing: The Ultimate Guide to Detoxing Our Exposures noted a study that found PFCs in 100 percent of 293 infants tested (Apelberg et al. 2007), indicating that PFCs are present in the blood supply to the fetus.

4. Immune system damage. PFOA may damage the immune system. According to sources cited in A to Z of Detoxing: The Ultimate Guide to Detoxing Our Exposures (Cone and Environmental Health News 2012) :

The young (including fetuses) are especially susceptible to the adverse health effects of chemicals like PFOA and PFOS, which may impede development of the brain as well as the reproductive, immune, and endocrine systems.

5. Thyroid system and hormone disruption. PFOA may contribute to thyroid disease, such as hypothyroidism. The EWG reported that the contamination of U.S. communities with PFCs, the family of chemicals to which PFOA belongs, continues to spread.

6. Other effects. In addition, the U.S. EPA recognizes that other potential health effects of PFOA and other related chemicals include increased cholesterol levels, and low infant birth weights. In laboratory animals, they can cause reproductive and developmental, liver and kidney, and immunological effects as well as cause tumors.

Once inside the body, PFOA remains for a long time.

When cooking, consider the type of cookware being used. Harmful chemicals and heavy metals can contaminate food through direct contact and they can off-gas into your home. Common toxicants in cookware include PFCs (like PFOA), aluminum, and silicone. They may contribute to cancer, developmental damage in children, brain and bone disease, and immune system damage.