Low Sperm Count: The Link Between Radiation and Fertility 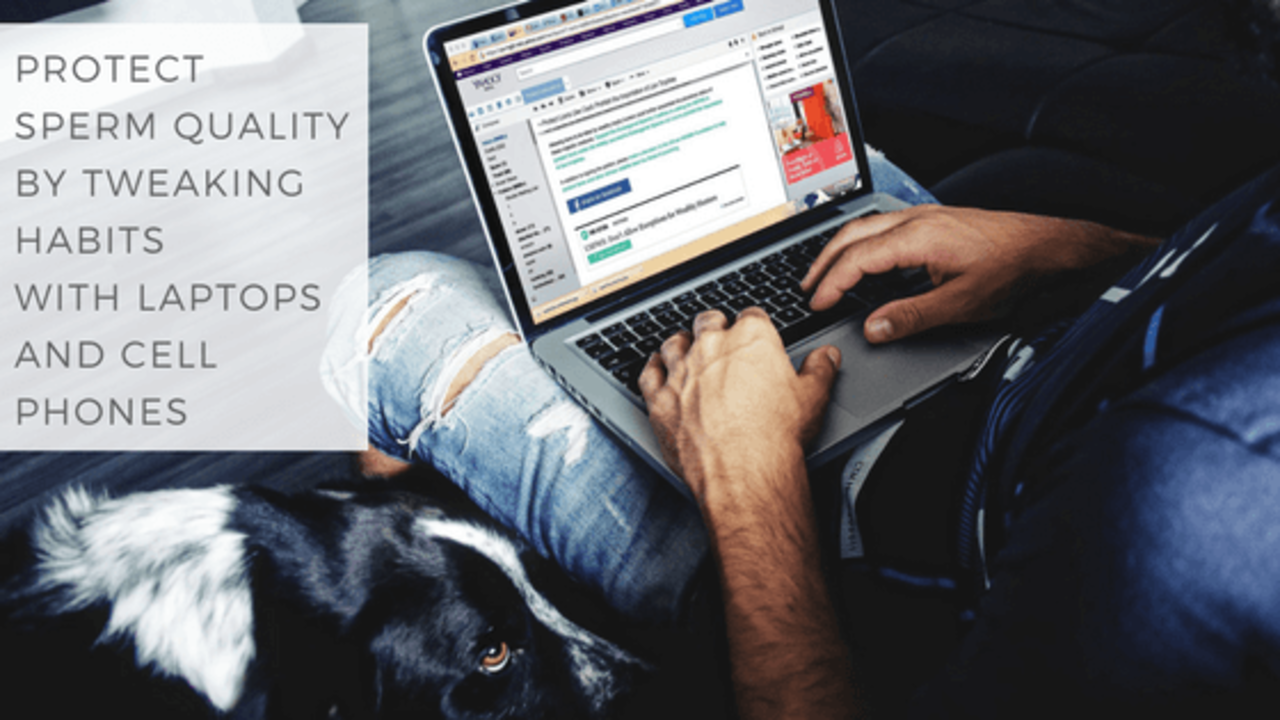 Once most people decide to start a family, they are also excited to eat healthier and exercise more regularly. Some may even schedule a general medical checkup to give their future child the healthiest start possible.

Most people (including physicians), however, don't consider something else that may affect fertility: their toxic exposures. While fertility results from complex and dynamic factors, our toxic exposures is often an overlooked influence on both fertility and pregnancy outcome.

My team at Practical Nontoxic Living researched one of the most overlooked angles: how men’s fertility may be affected by the extremely low frequency (ELF) radiation emitted by electronic devices. ELF radiation may impact sperm count and your chances to conceive. In this article, we explain how laptops and cell phones may affect fertility in men, and provide precautionary tips to minimize the negative effects on sperm count from ELF radiation.

Low sperm count on the rise

Sperm count has been steadily dropping for years, affecting a couple's ability to conceive. It is estimated that 12% to 15% of couples are unable to conceive after one year of trying. Issues with the man accounts for at least one-third of infertile couples.

In July 2017, Newsweek reported that sperm quality has been of much scientific debate since "a landmark 1992 paper that found that average sperm counts had halved in men without a history of infertility between 1940 and 1990."

Why is sperm count decreasing?

While endocrine disrupting chemicals most likely plays a role too, the link between radiation and male fertility has also attracted more study. The research examined the effects from laptops and cell phones on fertility. Results suggest that when you are browsing the web with your laptop on your lap, and walking around with your cell phone in your pocket, you may be adversely affecting your fertility.

6 Things I want you to know

1. Laptop radiation may contribute to infertility

Some studies published in 2012, including in the medical journal Fertility and Sterility, focused on how radiation emitting from laptops affect exposed sperm.

Dr. Conrado Avendano of Argentina explored this with his team of researchers to see what they could find. The team examined sperm movement from 29 healthy, fertile men, whose sperm had been exposed to WiFi radiation for four hours. They compared results to sperm that had not been exposed to any radiation, the control group.

Among the sperm that was exposed to WiFi, 25% stopped swimming. In contrast, among the control group (without radiation), 14% became immobile. Furthermore, 9% of the sperm exposed to WiFi radiation showed DNA fragmentation and irreversible damage to the genetic code.

Studies have also examined whether harmful radiation is emitted from laptops that have WiFi turned off. Emissions from laptops without WiFi were found to be negligible, and those with WiFi were significantly higher.

A condition called scrotal hypothermia is when your testicles experience an elevated temperature. This condition can easily occur when a man sits with his laptop on top of his testes for a prolonged period of time. This has been associated with infertile men.

In addition to working with laptops on our laps, men often carry their cell phones in their front pant pocket. Studies suggest cell phone radiation may impair fertility.

Studies found that men who had reported prolonged cell phone use showed lower levels of the luteinizing hormone (LH). LH is an important reproductive hormone that is secreted by the pituitary gland in the brain. It is needed for reproduction and can be depleted by the radiation from your cell phone.

Another observation was higher levels of circulating testosterone. The radiation from cell phones can block the conversion of this testosterone to a more active, potent form of testosterone associated with sperm production and fertility.

5. Don't keep cell phones in pockets or on belts

The Environmental Working Group (EWG), a major health advocacy group, reviewed related literature to date and reported that ten studies found significant changes in sperm exposed to cell phone radiation. The most striking find was that men who carried their phones in a pocket, or on their belts, were more likely to have lower sperm counts, or less active sperm.

Men who carried a cell phone on their belts and used them intensively during a five-day test period showed a 19% drop in highly mobile sperm from previous levels. These men were shown to have 11% fewer mobile sperm than men who kept their phone elsewhere on their body, like inside a backpack.

In addition, men who were using their cell phones excessively and kept their phones further away from their reproductive region (like near their heads while talking) were observed: Men who were tested talking on their phones for more than an hour a day were shown to have 17% fewer mobile sperm than men who talked less than 15 minutes a day. This includes using Bluetooth and other headsets, since it is likely that your cell phone is parked near your testes while doing this, maintaining a direct line to your sperm.

6. Some experts believe the evidence to date shows that sperm quality is threatened by our technology

Proving harm is an expensive and lengthy process. Even after the evidence is strong enough to convince the scientists, it's common in America for it to take decades more for public consensus that something is harmful. Given the current data, some experts believe technology threatens our fertility.

We have enough evidence to issue precautionary health warnings. The evidence for sperm damage is quite consistent across many studies.

-Dr. Joel Moskowitz, director of the Center for Family & Community Health in the School of Public Health at the University of California.

In the video below, you'll hear Dr. Devra Davis speak more about how cell phone radiation can impair sperm quality.

7 Tips to Protect Yourself

Below are tips to help protect your sperm quality.

Risks to your ability to conceive and have a healthy pregnancy outcome are one among other potential threats from our EMF exposures. And men with low sperm count may be at higher risk for other health issues, including cancer.