Environmental Factors, including Endocrine Disruptors and EMFs, Threaten Our Health 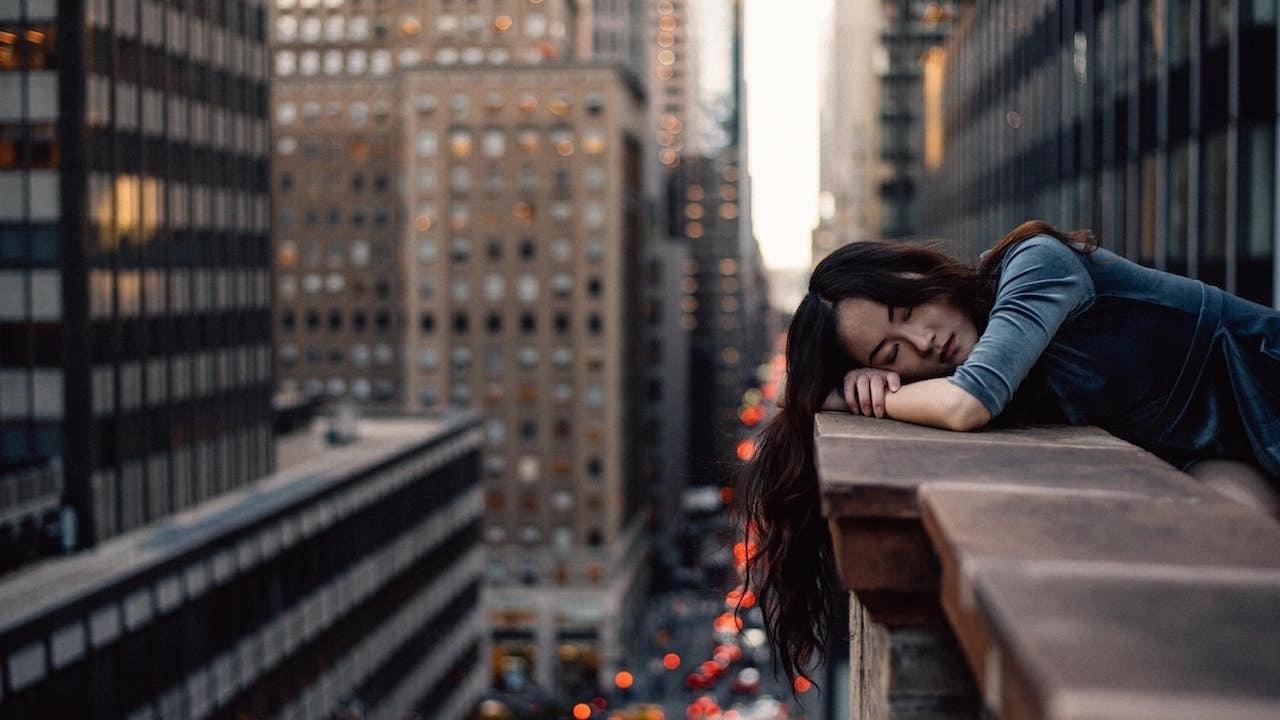 It seems like common sense that environmental factors — the air we breathe, the food we eat, the water we drink — affect our health. So why don’t most of us (including the medical community) consider their role in shaping our biology?

Environmental factors that we can control, such as endocrine disruptors found in consumer products and electromagnetic fields (EMFs) from technology products, may threaten your immunity, microbiome, reproductive system, endocrine system, and nervous system. 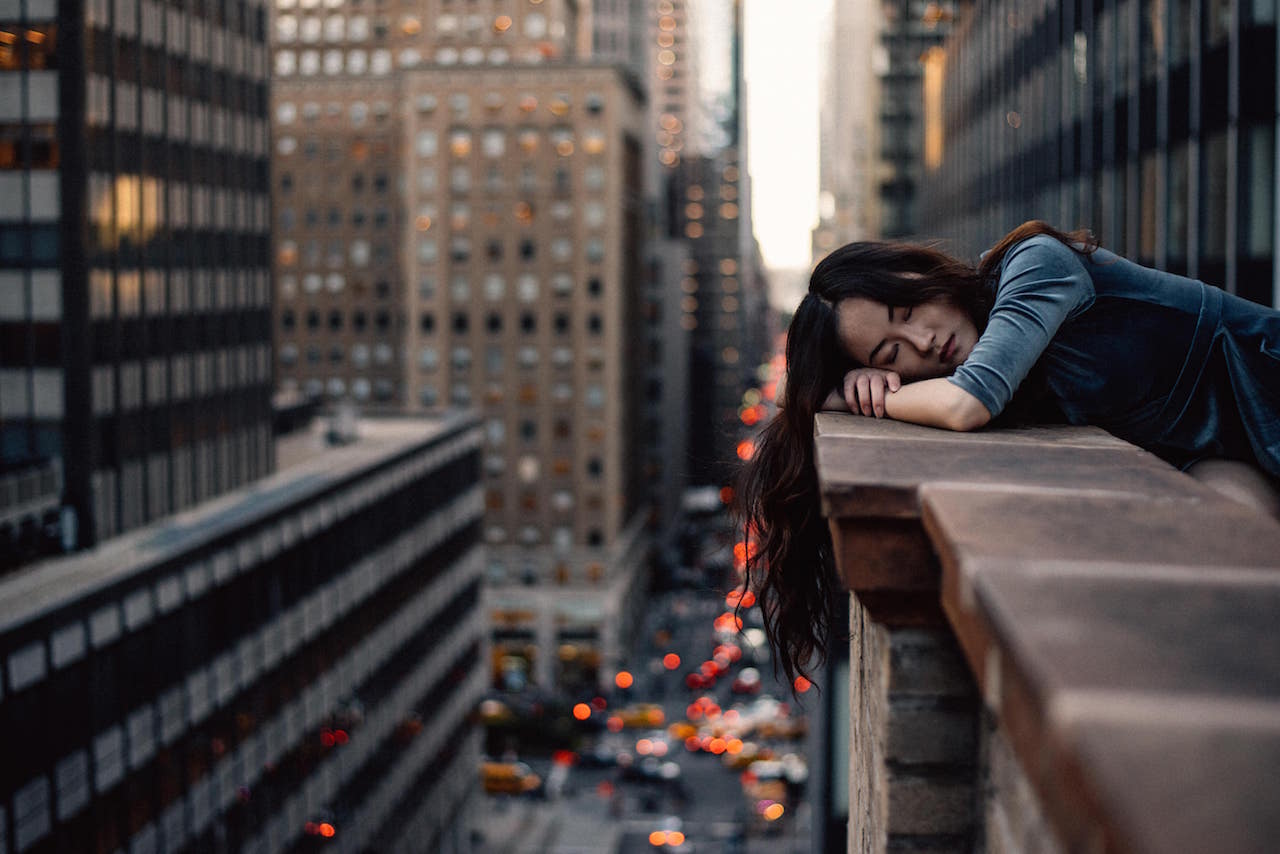 In 2009, my husband experienced a carotid artery dissection, a tear in the major artery in his neck. Though the event was unusual for a 37-year-old, he was released from the hospital with no recommended changes in diet or lifestyle (aside from blood pressure and cholesterol-lowering medication).

Disappointed by the doctors’ failure to push for a healthier lifestyle, I asked, in disbelief, “Really? You don’t think there’s anything that he should change? He has a high-stress job. Doesn’t exercise. Doesn’t eat until 9 p.m. Normally eats a not-so-healthy restaurant delivery or sometimes just wine and cheese for dinner. You don’t think those things might have played a role in his ending up in this ER?”

The doctors replied, “No, it was just bad luck.”

Since that made no sense to me, I began exploring the role of nutrition in health because I strongly suspected that improved nutrition could vastly improve my husband’s vascular health. After reading The China Study, a book by T. Colin Campbell PhD and Thomas M. Campbell II MD (2006) that provides a comprehensive review of the scientific studies examining the role of nutrition in a variety of diseases, I persuaded my husband to try a nutrient-dense vegan diet.

Within a few months, his weight dropped from 225 to 187 pounds, his cholesterol dropped to such a low level that his physicians agreed to let him go off all medication since dietary changes had been so effective, and the damaged artery healed completely. His doctors were amazed by the likely role that dietary changes played.

THE ROLE OF ENVIRONMENTAL FACTORS

My husband’s physicians were among the best in their respective specialties, so I was intrigued by their amazement at how powerful diet is. How could they not have considered the influence of nutrition (and other lifestyle choices) on my husband’s cardiovascular health? Later, I learned that nutrition is not a substantial part of the education of a Western-trained physician.

In 1985, the National Academy of Sciences released a landmark report on the inadequate training that medical students receive in nutrition. It recommended that medical schools incorporate a minimum of 25 hours of nutrition instruction in the curriculum (Committee on Nutrition in Medical Education 1985). In 2010, researchers at the University of North Carolina at Chapel Hill published survey results that found that although all schools surveyed required instruction in nutrition, only 27 percent of 105 medical schools surveyed offered the recommended minimum of 25 hours. This is a decrease from 38 percent of 104 schools surveyed in 2004 (Chen 2010; Bein 2010; Adams, Kohlmeier, and Zeisel 2010).

Western-trained physicians receive even less instruction on how environmental factors may influence health. A 2009 report in Environmental Health Perspectives, a peer-reviewed journal published by the National Institute of Environmental Health Sciences, examined the efficacy of an initiative that aimed to build environmental health capacity among pediatric health professionals (Rogers et al. 2009). The article noted that in a 1996 survey of 126 US medical schools, 24 percent of respondents reported that there was no environmental medicine requirement in their curriculum. Among the schools offering it, environmental medicine instruction averaged just seven hours over the four-year medical program (Schenk et al. 1996). Moreover, less than half of US pediatric residency programs regularly cover environmental health issues, except for lead poisoning and factors that may exacerbate asthma (Rogers et al. 2009).

Yet, science is increasingly underscoring the influence of environmental factors on health. As a result, authorities — such as the Institute of Medicine, American Academy of Pediatrics, American Public Health Association, and others — are urging health care providers to learn more about environmental health issues (Rogers et al. 2009).

— National Institute of Environmental Health Sciences (NIEHS 2011): 85 percent of all diseases are influenced by environmental factors.

— The American Cancer Society (2010): 75 - 80 percent of cancer risk is due to environmental factors, including tobacco smoke, nutrition, physical activity, and exposure to carcinogens in the environment.

— US National Academy of Sciences (Collaborative on Health and the Environment - Washington 2014): “28 percent of neurobehavioral disorders could be attributed directly or indirectly to environmental contaminants, not including alcohol, tobacco or drugs of abuse.”

— American Autoimmune Related Diseases Association (AARDA 2014) and National Institute of Allergy and Infectious Diseases (NIAID 2005): Genetics is estimated to contribute about 30 percent to the development of autoimmune diseases.

THE STRESSORS FROM MODERN LIVING

I live in Manhattan, an extraordinary city. Those who work here are among the most diligent, persistent, determined, talented, and resilient people in the world. However, I often think that some environmental factors seem uniquely extreme for Manhattan professionals and residents. While it’s a privilege to live or work here, we arguably have less balanced lives, more stress, fewer natural retreats, urban air, and more electromagnetic fields (from cellular and wireless technologies) due to our population density.

Manhattan residents aren’t alone, however. Modern living and our modern environment pose unique stresses on the biology of everyone and every life-form around the world. The “load” of environmental stresses on our bodies’ natural resilience to fight, repair, and restore is unprecedented, as figure #03 (below) depicts and the rest of part I explains. 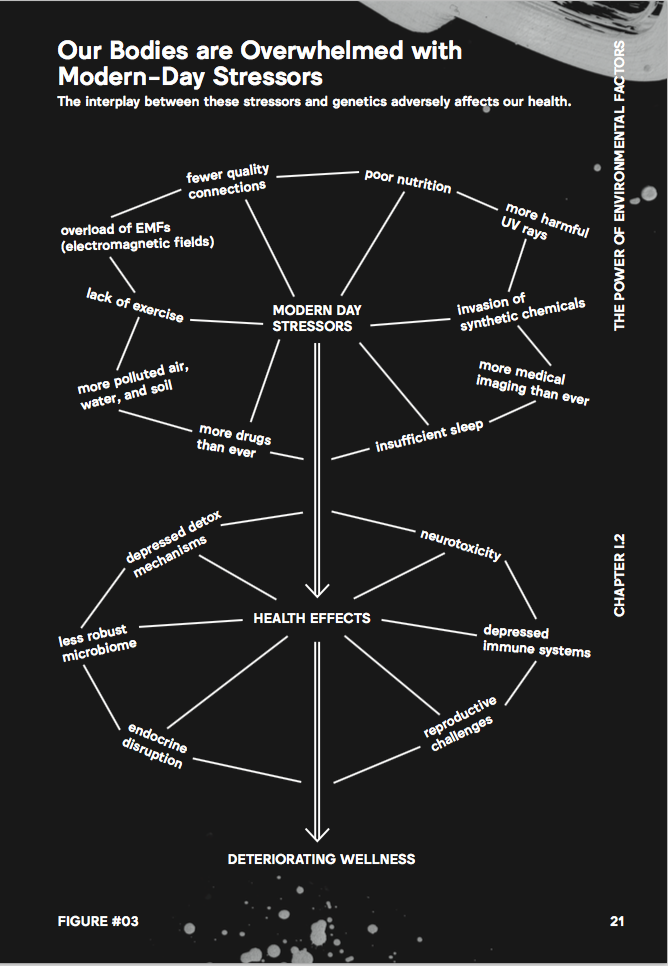 THE ROLE OF TOXICANTS

While the causation of diseases and disorders is highly complex, multifactorial, and not entirely understood, their onset can result from a perfect storm of many variables that interact with our genes. In this book, I focus on the environmental factors that can be reduced through our purchases, behaviors, and habits: the toxicants in our consumer products. (Please note: Toxins refer to naturally-occurring poisons, while toxicants generally refer to man-made poisons. When I use the term toxicant, I include both man-made poisons and naturally occurring toxins that exist in our environment at significantly higher-than-normal levels due to human activities.)

An abundance of scientific studies exist on the threat of toxicants from consumer products, and they have attracted major reviews in recent years. In addition to a 2010 report from the President’s Cancer Panel (PCP), reviews of the current science have been published by leading organizations such as the European Environment Agency (EEA), the World Health Organization (WHO), and the United Nations Environment Programme (UNEP). Collectively, they report that science is proving that synthetic chemicals found in our average consumer products not only persist throughout our air, water, and soil, but also pervade our bodies. These toxicants have been linked to cancer, neurotoxicity, reproductive challenges, and a wide range of conditions that may be associated with endocrine disruption. And these risks arise from everyday exposures, as the following points make clear:

— Hundreds of substances have been definitively linked to cancer in people (Physicians for Social Responsibility 2014; Scorecard 2014), and thousands more have not been studied enough for us to understand their effects. The PCP reported that scientific evidence increasingly shows that exposure to low levels of chemicals in our everyday environment is contributing to the country’s cancer burden (Reuben 2010). This higher cancer risk can come from repeated exposures to low levels of toxicants or from exposure during a vulnerable biological stage. For example, a child can be exposed to low, chronic levels of formaldehyde (a known human carcinogen) from various sources in the bedroom, including wooden furniture, drapes, mattresses, and carpets.

— Industrial chemicals commonly found in our environment can injure the developing brain. The March 2014 article by Grandjean and Landrigan reported that “strong evidence” exists that certain commonly found industrial chemicals are “important contributors” to the increasing prevalence of neurodevelopmental toxicity. For example, children are exposed to arsenic, a developmental neurotoxicant that is created both naturally and artificially, through multiple dietary sources.

— Scientists have found infertility (and, therefore, population declines), malformed reproductive organs, and other reproductive challenges among certain human and wildlife populations. According to the WHO and UNEP 2013 report titled State of the Science of Endocrine Disrupting Chemicals—2012, Scandinavian studies have found a correlation between genital abnormalities in male babies and decreased sperm quality in adulthood. In fact, 20 to 40 percent of young men in the general population of Denmark, Finland, Germany, Norway, and Sweden are estimated to have sperm counts in the subfertile range. “There is more evidence from laboratory studies now than in 2002 that chemical exposures can interfere with endocrine signaling of pubertal timing, fecundity [the ability to reproduce], and fertility and with menopause” (WHO and UNEP 2013). Endocrine disrupting chemicals are found in a wide range of consumer products and food packaging.

My perspective on health has significantly broadened. Today, I think about my family’s exposure to toxicants as frequently as I think about how to provide them with a nourishing diet and restorative sleep.

STEER YOUR HEALTH TOWARDS BETTER LUCK

I learned a great deal from the experience of my husband’s carotid artery dissection. It gave me additional context for my understanding of health and wellness, partially because I realized the limited perspective of experts with even the most impressive credentials.

I learned that the health of my family is, ultimately, my responsibility. No one will decide on groceries and other household items as frequently as I do. And no one will better know our family medical history, lifestyle, diet, and other environmental factors.

Not wanting my husband to return to the hospital, I placed new importance on learning how to proactively position my family for more resilient health. Motherhood further broadened this interest.

As I read reports and scientific studies, I was surprised by how many precautionary measures I could incorporate daily. I went from being helpless to being empowered. I also have more trust than ever in common sense, and I believe in continually improving it with new information.

The American College of Obstetricians and Gynecologists issued a statement in October 2013 urging their members to inform patients of precautionary measures that they can take to protect their unborn or future children. In part, it said:

Robust scientific evidence has emerged over the past 15 years, demonstrating that preconception and prenatal exposure to toxic environmental agents can have a profound and lasting effect on reproductive health across the life course. Exposure to toxic environmental agents also is implicated in increases in adverse reproductive health outcomes that emerged since World War II; these changes have occurred at a rapid rate that cannot be explained by changes in genetics alone, which occur at a slower pace. (American College of OB/GYN 2013)

01. Be mindful of whom you are getting advice from. Consider how broad and informed their perspective is. Even excellent physicians can be unaware of important factors that shape our health.

02. The factors that influence wellness and disease are complex and not fully understood. However, leading authorities are increasingly recognizing the value of reducing one’s exposure to toxicants.

Chapter I.2 of A to Z of D-Toxing: The Ultimate Guide to Reducing Our Toxic Exposures. References available here: Part I’s Works Cited.