How To Protect Yourself from Cell Phone Radiation 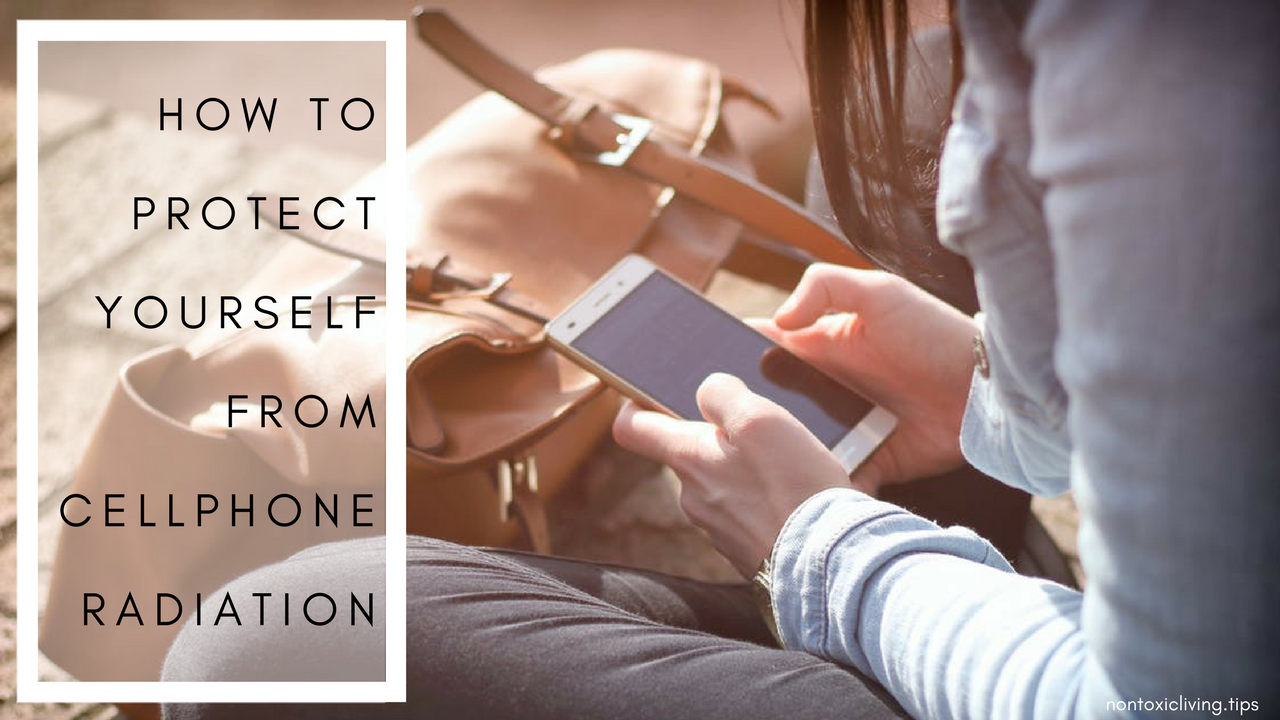 Cell phone usage is unprecedented. And the proliferation of cellphones around the world has reached peak proportions. According to a World Health Organization fact sheet published in 2014,

Mobile phone use is ubiquitous with an estimated 6.9 billion subscriptions globally.

Many people don't consider the electromagnetic fields (EMFs) created by these ubiquitous devices.

How these digital devices and their chronic radiation exposures influence our health and development are not fully understood (we haven't had enough studies or time to understand this sufficiently). But some adverse effects are being underscored: such as decreased cognitive abilities and memory, particularly in our youth. There is a term for this too: digital dementia .

Below are 10 tips to help protect yourself from cell phone radiation, which doesn't require giving up your smart phone or purchasing expensive shielding devices of unknown effectiveness.

More important than individual instances on the cell phone are one's lifetime with a cell phone close to the brain. Radiation exposure is cumulative, so even a little usage each day adds up to a lot of exposure. And children's brains absorb more radiation than adult's.

Texting often emits less radiation than cell phone calls. And texting can help you communicate more concisely so you spend less time on the phone. Repeating yourself over a bad connection or trying to recall a certain detail can extend your exposure time. Plus, once it’s written, there is no need to repeat it!

2. Use Speaker Phone or “Hands-Free” Devices

Some phone calls are necessary and an enjoyable part of life, like when we want to have a long conversation with a friend or family member living far away. These important moments shouldn’t be tainted with worry about EMF exposures. But keeping our phones at a distance rather than against our ear helps significantly. The WHO claims:

The power (and hence the radiofrequency exposure to a user) falls off rapidly with increasing distance from the handset.

They suggest a distance of 30-40 cm (12-16 inches) for phone calls, texting, and accessing the internet.

3. Wait for Optimal Reception to Use Your Cell Phone

Reception bars, which represent signal strength, are helpful when reducing EMF emissions from your phone. When cell reception is good, your phone will not need to work as hard to find a connection, therefore it will not send out stronger search signals.

Spaces like basements, elevators, and subways can affect signal strength and force your phone to send stronger search signals to sustain connection. You can alleviate this by using your cell phone outside—or even at an open window!

5. Do Not Use Your Cell Phone in A Moving Vehicle

Aside from the danger of talking or texting while driving, cell phones operate at maximum power in a moving vehicle while trying to maintain a consistent connection while moving. Furthermore, the metal cage that a car, train, or subway creates around cell phones bounces the radiation in various directions and can intensify the EMF fields, as the next tips discusses further.

Just as a “Faraday Cage” is meant to block out approaching EMF waves, positioning yourself inside a solid metal box with a radiation-emitting device puts you in an environment where EMF waves can't escape as naturally.

7. Do Not Carry Cellphones Next to Your Body

This may sound obvious, but consider how often we stuff our phones in our pockets without thinking about it? Or resting them on our laps while doing something else?

8. Do Not Sleep with Your Cell Phone Close—or Restrict Its Power If You Do!

If you are like most people, your cell phone doubles as your alarm clock. Ideally it is best to shut off your phone at night and put it away so that EMF’s do not disrupt your sleep.

However, if your phone means the difference between waking up on time or missing an appointment, be sure to switch off its WiFi and Bluetooth connections.

9. Do Not Run Too Many Apps

Apps require a lot of power, and it is easy to forget to shut one running app down while opening another. Do frequent sweeps of your open tabs and apps so it will not work so hard.

Also, if you want to watch a movie or listen to music on your mobile phone, a safer alternative to live streaming is downloading what you wish to watch ahead of time so you won’t be in close contact with your device while it performs the bulk of its work.

10. Do Not Let Children Make Phone Calls from Cell Phones!

Here is where mindful limitations with cellphone exposure is most critical! Children are still developing their bodies, thus bones, organs and tissue are still much more vulnerable to the effects of radiation. Not only does time on digital devices threaten children's brain and emotional development, but their EMF exposures poses risks too.

According to the Bioinitiative Report released in 2012, the American Academy of Pediatrics, in a letter to Congressman Dennis Kucinich dated 12 December 2012 warns:

Children are disproportionately affected by environmental exposures, including cell phone radiation. The differences in bone density and the amount of fluid in a child’s brain compared to an adult’s brain could allow children to absorb greater quantities of RF energy deeper into their brains than adults. It is essential that any new standards for cell phones or other wireless devices be based on protecting the youngest and most vulnerable populations to ensure they are safeguarded through their lifetimes.

We don't need to give up our digital devices, but it is important to create healthy boundaries from our 24/7 accessibility and EMF exposures. Simple, mindful steps will add up in the long run! 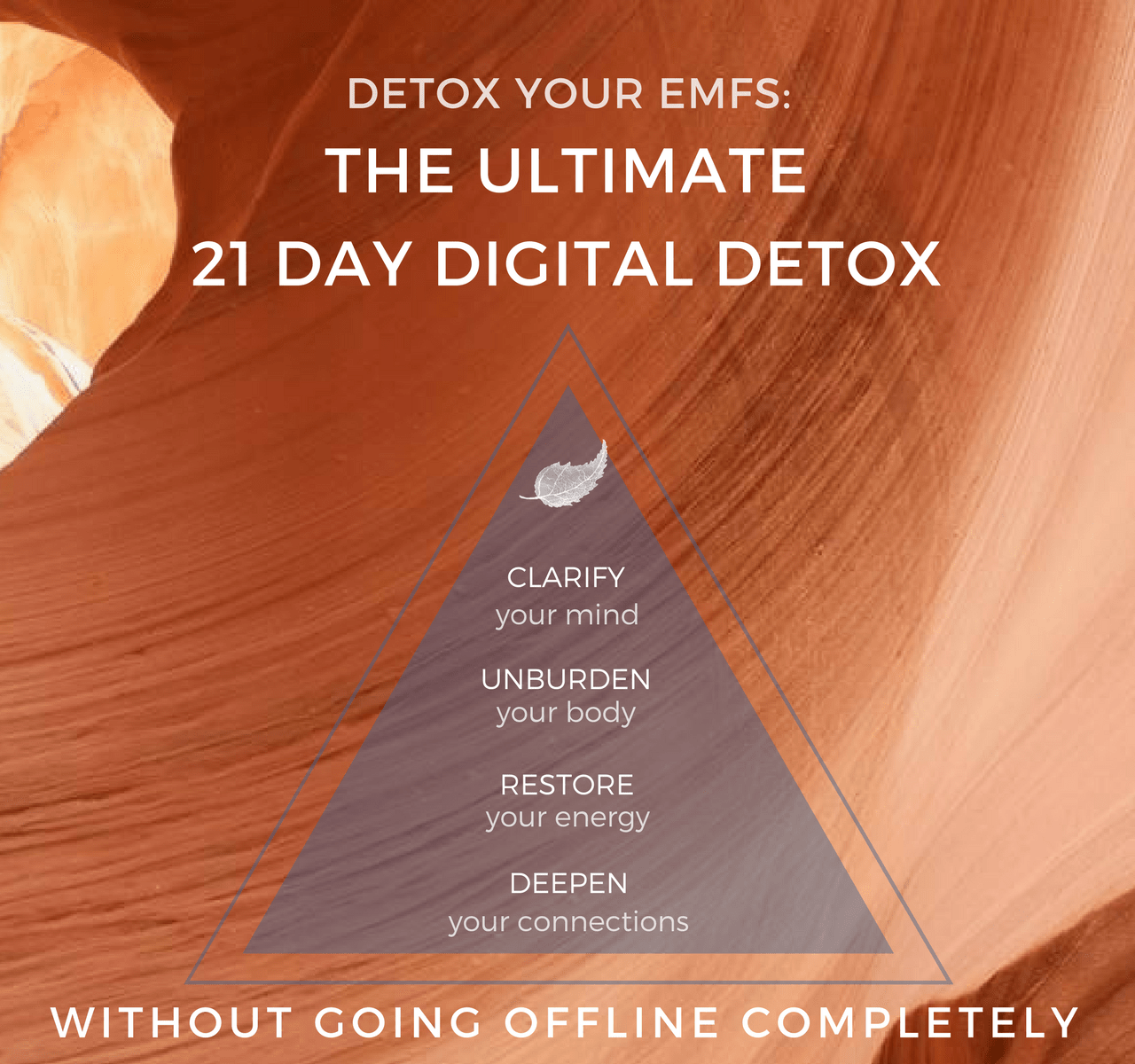