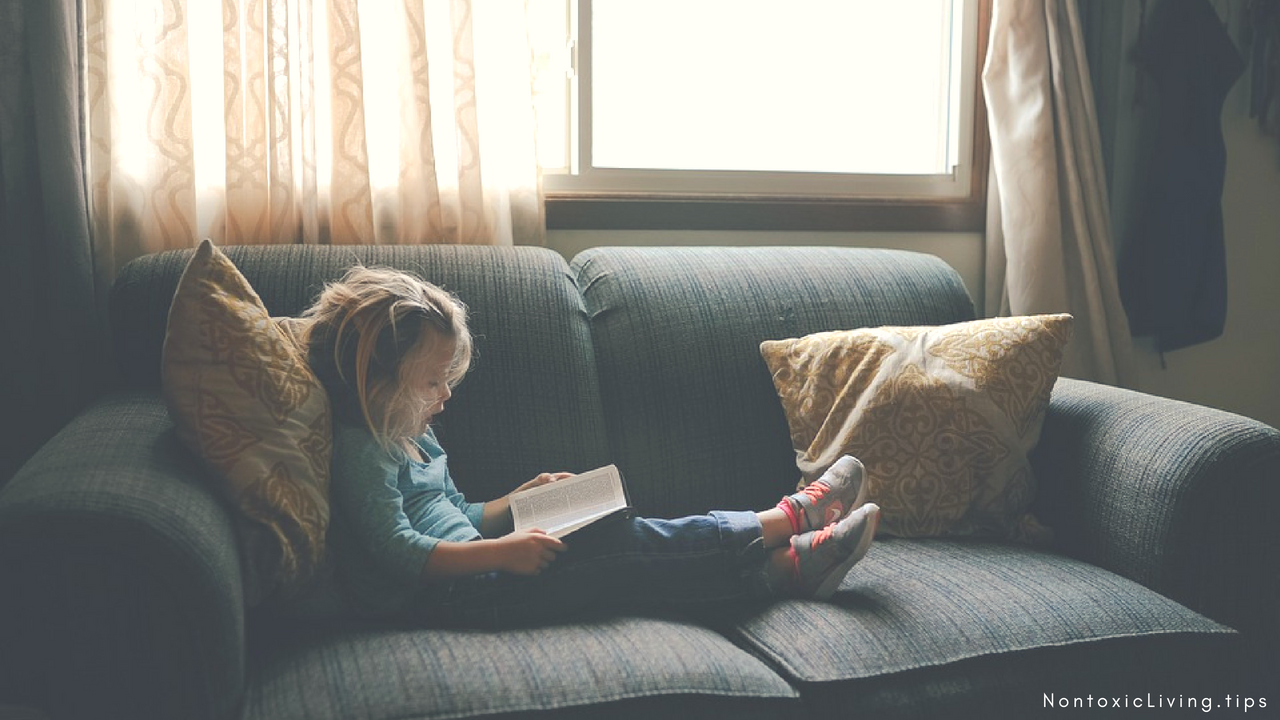 Do you snuggle with your kids on the couch and read a book?

How about sitting down to watch t.v. for a bit before bedtime?

Or, even better, if you can grab a few extra moments to yourself in your busy day.

Ahh, can you feel your body sinking into the couch now?

What you’re sinking into and sitting on likely contains flame retardants.

Are there flame retardants in your couches?

Sixteen states are moving ahead to ban one or more chemical flame retardants by considering legislation that would do so. Some states, such as Washington and California, have already passed legislation. (1)

A concern that remains though is two-fold:

Reduce flame retardant exposures by choosing couches that are free from chemical flame retardants, or have been produced in states considering legislative action towards harmful flame retardants. Places like California and Washington that have had state bans in place for years may be a good place to start.

Nontoxic options when choosing a couch

In order to buy couches without flame retardants, consider buying a couch from the states considering legislation to ban flame retardants. Here is the list of those states according to PEW include: (3)