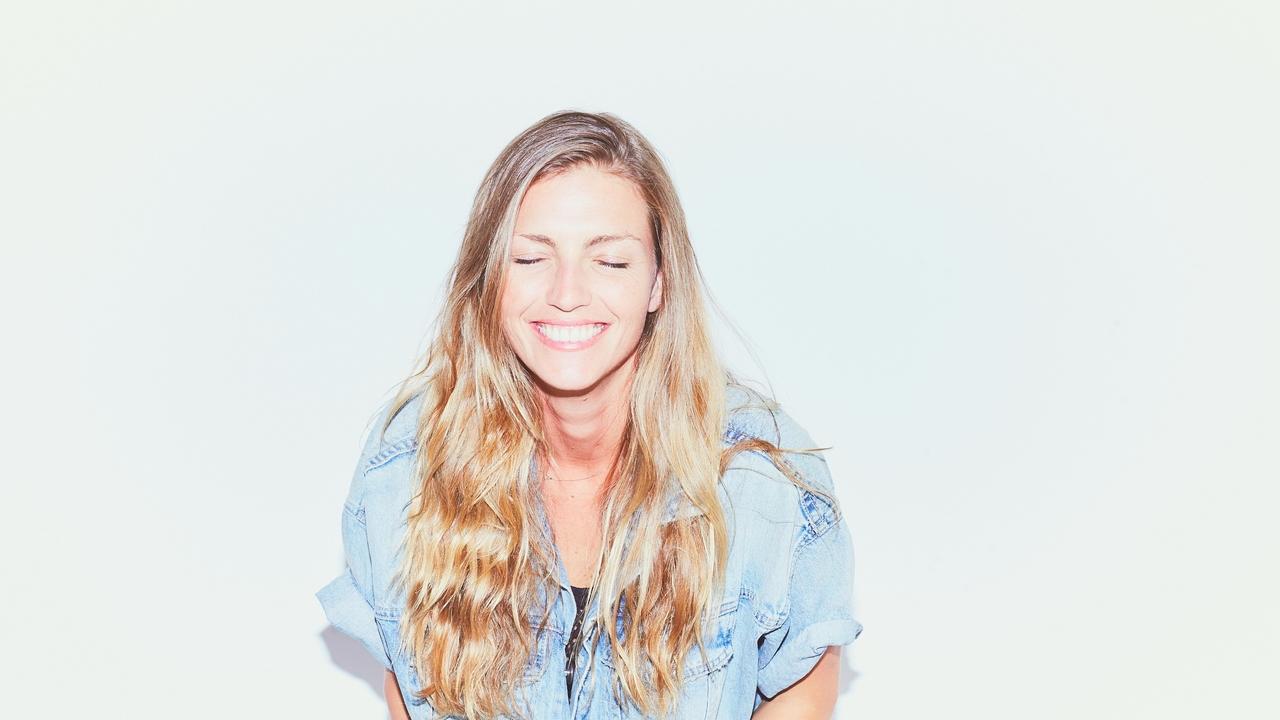 There's a concept in yoga that really resonates with me. It's called avidya.

Avidya is a Sanskrit term that represents ignorance, misunderstandings, or incorrect knowledge. This ignorance can serve as a film over your eyes that blurs perspective, and clouds your judgment.

As I researched and wrote my book A to Z of D-Toxing, I often thought of avidya as I learned about lifelong misunderstandings I had about how to be healthy and what things are safe. My experience with gaining awareness has included suffering, and other difficult feelings.

However, I'm so grateful for the rewards of becoming more informed, which include enlightenment, wisdom, and empowerment. I now have better information, and therefore more power, to craft a better present and future.

Along my journey for practical nontoxic living, yoga has been central in grounding me in peace, security, trust, love, happiness, and gratitude. While my path is unique, so is yours.

We each have our unique struggles, and however your journey manifests, I hope this podcast serves as extended arms that invite you into a unifying space that is grounding.

Heather Lilleston is one of my favorite yoga teachers. For a number of reasons. In addition to leading an asana, or physical, practice that feels wonderful for my body, her spiritual path has also opened my mind, heart, and soul to new ideas that have helped me.

Originally from Northern California, I met Heather in NYC, where she lived for many years. She now lives in Southern CA.

Through her company Yoga for Bad People, which Heather co-founded, Heather and her co-founder lead gorgeous yoga retreats around the world, to places like Cuba, Mexico, Uruguay, Upstate NY, and Montana. Listen to Heather explain what she likes about the name, Yoga for Bad People. After listening, you'll see why being bad is so important in feeling good.

Heather's life and yoga career is quite delightful to witness. Through her Instagram account, you'll see stunning photos of Heather in exotic places around the world. And her career is inspiring for many: not only is she a life-enhancing yoga teacher, but the company she co-founded, Yoga for Bad People, has partnered with the very chic Edition Hotels to bring yoga to its hotel residents, which is quite a pioneering effort.

In the conversation that you're about to listen to, Heather talks about suffering with great familiarity and study, like she has with me in many private moments. It has always been striking to me to listen to Heather talk about suffering because, Heather embodies sunshine and happiness. She glows with love, kindness, and beauty. And even though she's obviously beautiful, her inner beauty beams like the rays of the sun.

For those who suffer, and feel alone, and that they somehow deserve their pain, I share the following conversation with you as a reminder that no one's life is perfect, we each have our own bag of challenges, and we are each in this human experience together. You are not alone.

Below are notes and excerpts from my podcast with Heather Lilleston.

On the name, Yoga for Bad People; and on yoga as a tool for unity and harmony.

How can yoga help people? And thoughts on suffering.

Every yoga teacher is a pretty serious student, and, so, you're a very advanced student… I was wondering: does that make you happier and more peaceful more content than most people? Or do you feel like you still have all the same hard work to go through because you have your lessons… I guess I was wondering what someone can expect yoga to do for them. Is it to get to a place where they are zen with everything that life throws at them.

This is a great question. It's been asked before to people who are way more advanced than me… People have asked the Dalai Lama, Are you happy? He usually replies with something along the lines of, I'm simple…

I'm definitely not over all the human neurotic tendencies of life and I feel all the feelings that I've felt before the tool, but, now through lots of yoga practice, suffering doesn't hold me in the same way that it held me before. Yoga offers tools to create space around it.

It's almost like when you're in a room with a mother. And their kid is having a tantrum. And they're not thrown off because their kid has had tantrums and you sort of know the trajectory. And you know it will pass. And that part in your mind can that can hold the space for the human experience to pass through you.

And sometimes it is all engulfing and you still get full of rage and frustration. And you gossip, and you blame, you know point fingers, you hate yourself, you compare yourself, your self-deprecating, and all the horrible things that we do to ourselves.

But you know that just develops your compassion for other humans. And that's something I learned in yoga. Like and if I can it's just about remembering it. Which is why you have to do the daily practice and why you're never done.

And I think it's changing our definition of who him-I and what is suffering. And it's taking down the need for an answer and a solution to everything, and instead being with everything. And that's one thing that I really hope that people understand is that yoga is not about just being happy, and having a calm mind.

So many people are intimidated by yoga because they're not flexible, and they can’t get their mind to be quiet. And I think all that is kind of irrelevant.

I know many violent angry vegans, and people that meditate 17 hours a day. And we're all sitting in the same mud,, and we're just in the mud is the fact that we're human and you know frankly I'm not even actually interested in it and because I want to be integrated in the world in in the beauty. And like you know

Pema Chodron... One of my favorite things that she talks about is: Pain is not a punishment. Happiness is not an award.

Part of pain and suffering comes from mental chatter, disappointment, and grief. Yoga can help you create space for those feelings and experiences; and, at the same time, help you remember the great vision of the eastern sun. When you can hold both these experiences and feelings, Pema Chondron has said, you can make a proper cup of tea. And I really hope that people don't get obsessed with just the Great Eastern Sun. But rather, that people learn to find more peace with uncertainty. Then I think that you have the tool to be free.

Yes, and that is is the goal.

Your suggestion of wondering about suffering really resonated with me because I know that I've worked really hard to let go of beliefs and perspectives and thoughts that were restrictive.

And now that I've been letting them go I feel a sense of groundlessness and more uncertainty. And I realize that I just need to let go, and work on being integrated with the uncertainty of where I'm going to land. It's it's not suffering, but it's uncomfortable.

When things are happy, you know they're going to end. And there's a fear that it's going to end, or that something's about to change.

And that wisdom that we have inside that everything is going to change, that things are out of our control, that you know things could shift in a moment, that's scary to us.

And that's called all pervasive suffering.

On a daily basis, I would say 90 percent of my pain is all pervasive suffering. Because my survival needs are met: I have a roof over my head, I have clothes, I have food, I have friends, I have community, I have creativity and stimulation, and I'm not driving down the street worried that a bomb is going to fall on my head. I live in a pretty safe place. And so those things are not causing my suffering.

But there is this all pervasive suffering. When we can get to a place where we're getting to the underlying all pervasive thing, this is where we really have to push ourselves because it can be very dangerous and we can get comfortable.

And they talk about this in meditation: there's subtle dullness and there's gross stillness. Gross dullness is like you ate a pint of ice cream and you sat down to meditate. Subtle dullness is like you sit down, meditate, and honestly like your body isn't talking isn't your knees aren't hurting you're totally comfortable. You're totally focused and you're just in this kind of blissed out state of blur. And you feel amazing. But it's a dullness. It's not a razor sharp concentration it's not taking you to real meditation. And so it's like that's all pervasive suffering we have to pierce through that.

And and that's hard because it's been my experience that the only thing that gets you on the mat is suffering. And the only thing that pushes you on the cushion, and makes you push yourself, and makes you go, and makes you do your mantras, and makes you do your meditation for longer than you want. And every day is suffering...I feel like the 20s are really full of lots of weird feelings and that's when I did such strong spiritual practice and it was the suffering of being in my 20s, being heartbroken, and being broke, being lost... got me on the mat, and pushed me out of comfort. I’m more confident now I'm in my 30s... Life is good. That is very dangerous. I am in a very dangerous place.

Why? Because you know you'll fall? 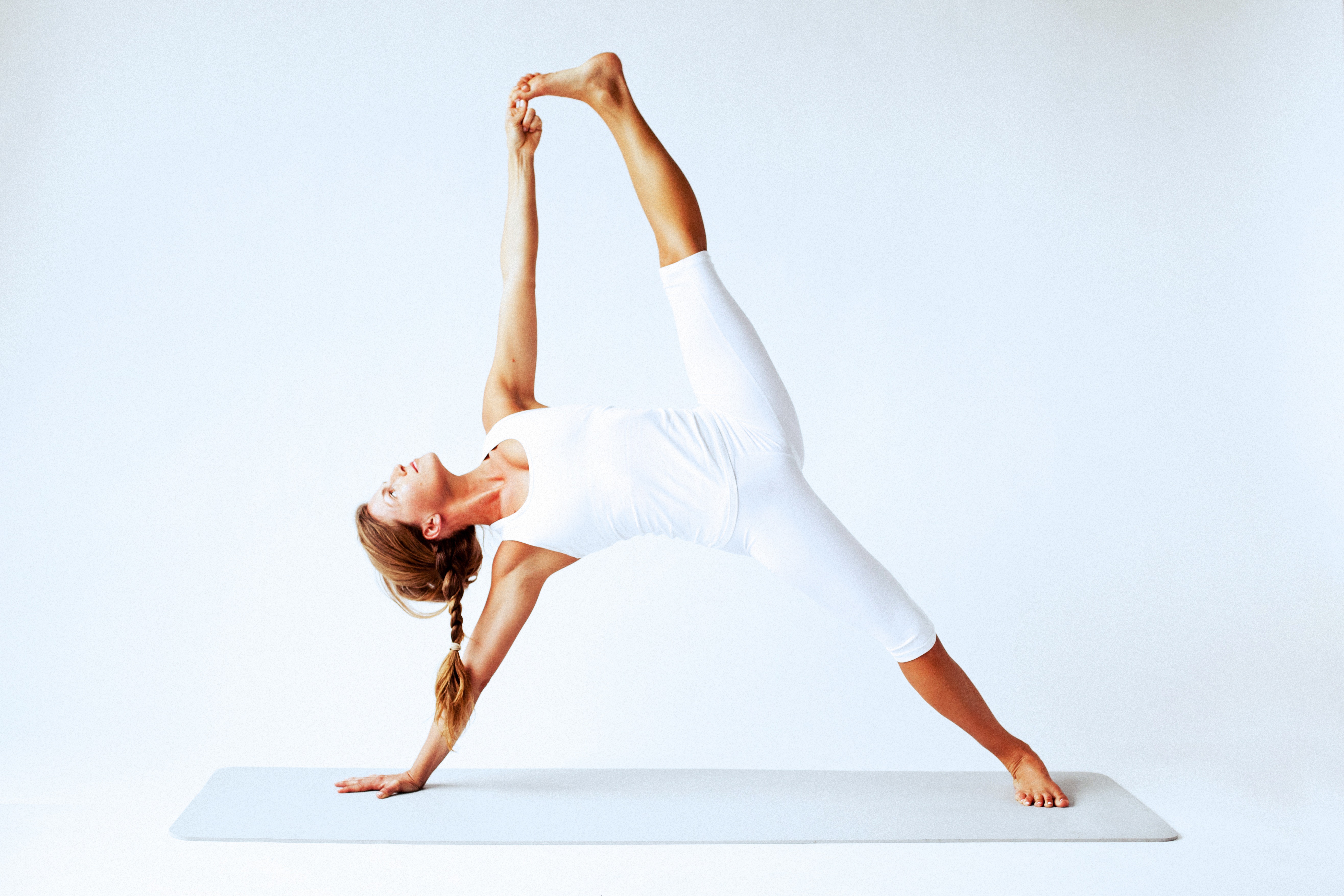 SRG: Do you think there is a natural ebb and flow that if you are reveling in the rewards of your spiritual practice something will happen to bring you back down. Because there are natural rhythms.

SRG: But then do you think being mindful of it decreases the volatility so that the highs are not as high and the lows are not as low and you're more stable?

HL: I mean absolutely. You know it's like the first time you're disappointed in life. You know you have a break up you get fired from a job or you know something something major happens you know. You know. Crash a car.

And, the first time it happens, it's like I really don't know how to deal with it. I remember in high school breaking up with my high school boyfriend and I wanted to kill myself, like, not really, but you know, it was so dramatic. And it doesn't mean that you don't feel pain when you go through a breakup, but you starting to get a different kind of wisdom where you you can see a wider perspective.

I mean I talk to my dear friend yesterday, and she's in a pivotal point in her life. And we both reflected... she's in a hard moment we both really just felt like this noise, it will eventually become quiet. Yeah. It just will. But it's not going to right now. It's really loud right now. But, in three years, things are going to be very different. She basically has an ex husband, and they fight now, because it's a fresh divorce, and in a couple years, it's it's not going to be so loud.

On being a yoga teacher

Listen to Heather's personal experience, which is helpful for any service provider and entrepreneur.