Non-Stick Pans: Why You Should Stop Using Them! 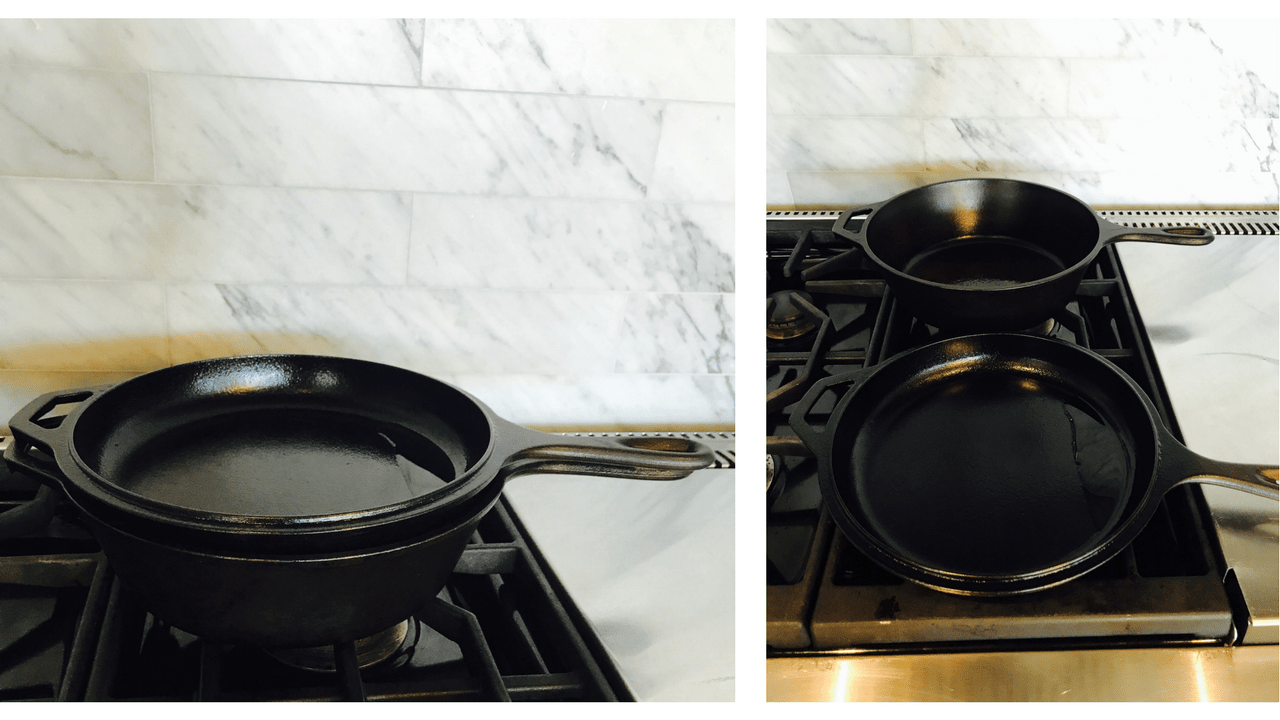 Update: In association with a class action lawsuit, a panel of epidemiologists, the C8 Science Panel, was organized by the courts to review the data on health effects from C8 exposures. The Science Panel concluded that there was a Probable Link to C8 exposure to the following six categories: diagnosed high cholesterol, ulcerative colitis, thyroid disease, testicular cancer, kidney cancer, and pregnancy-induced hypertension.

Non-stick pots and pans are often coated with perfluorochemicals (PFCs), which help create nonstick qualities. Under certain conditions (like extremely high heat, and maybe through normal use and time), these PFCs may contaminate the food you cook in these nonstick pots and pans. Increasingly, the science is finding health risks from our body burden of PFCs (some claim the fumes can even kill birds!).

PFCs (especially PFOA) Are The Chemicals of Concern.  PFOA Is A Main Component of Teflon®

Non-stick pans, furniture, cosmetics, household cleaners, clothing, and packaged food containers can all contain PFCs, many of which break down into perfluorooctanoic acid (PFOA) in the environment or in the human body. The well-known brand names that have used PFCs include Teflon, Stainmaster, Scotchgard, SilverStone, and others.  PFCs are also used in a vast array of industrial products and processes.

DuPont’s Teflon® is used to prevent sticking on pots and pans (and is also used in the popular water- and stain- repellent treatment). In the past few years, researchers have taken a closer look at the principal chemical component of Teflon: perfluorooctanoic acid (PFOA).  The results have been alarming.

PFCs provide useful traits. They keep food from sticking to pots and pans, repel stains on furniture and rugs, and make the rain roll off raincoats.

Industries also use of their slippery, heat-stable properties in manufacturing a wide range of things: airplanes, computers, cosmetics, household cleaners, and much more. However,

... in the past five years, the multi-billion dollar "perfluurochemical" (PFC) industry, which underpins such world-famous brands as Teflon, Stainmaster, Scotchgard and Gore-Tex, has emerged as a regulatory priority for scientists and officials at the U.S. Environmental Protection Agency (EPA)...

Studies on lab animals found that low doses of PFOA—at blood levels estimated to be lower than those found in some children—are harmful. Industry's study showed organ weight changes—often a gross sign of toxicity and damage to the organ function—among lab animals exposed to PFOA in the womb and into early adulthood.

PFOA Does Not Biodegrade.

According to the EPA, PFOA is a very persistent chemical. It has been found in both the environment and in the blood of people in the general population.

A flood of disturbing scientific findings since the late 1990s... suggests that PFCs seem destined to supplant DDT, PCBs, dioxin and other chemicals as the most notorious, global chemical contaminants ever produced.  Government scientists are especially concerned because unlike any other toxic chemicals, the most pervasive and toxic members of the PFC family never degrade in the environment.

DuPont Claims Teflon Is Safe, But It Also Hid Important Findings On The Effects of PFOA

Most of the information above is from EWG's 2003 report, referenced and linked to throughout this post. DuPont's website says Teflon is safe: DuPont's position.  I haven't reconciled the discrepancy but reading more about the proceeding facts leads me to be skeptical about anything DuPont claims.

According to the book, Toxic Bedrooms (March 30, 2007) by Walt Bader (co-founder and CEO of OMI Mattress), the EPA’s investigation into the persistence and effects of PFOA resulted in several large fines for DuPont. In December 2005, the EPA released a statement verifying that DuPont would be forced to pay a record $10.25 million fine for failing to tell the agency what the company knew about PFOA, including studies that found the substance in human blood, and said it should be considered “extremely toxic.”  According to the EPA’s complaint, DuPont failed to submit a 1981 study that revealed PFOA was passed from pregnant employees to their fetuses.  Company records showed that two of the five babies born to Teflon plant employees that year had eye and face defects similar to those found in newborn rats who were exposed to the chemical.

The EPA also stated that DuPont withheld the results from several 1997 studies regarding PFOA.  One of these studies revealed that the rats died from inhaling chemicals related to PFOA.  Another study found that high levels of PFOA were found in the blood of people living near the West Virginia plant where Teflon is made.

In addition to the federal fines, DuPont has also agreed to pay at least $107 million to settle the class-action lawsuit brought forth by the thousands of West Virginians and Ohioans who live near the Teflon plant.

What is the solution?  Use healthier alternatives, like cast iron and stainless steel!

I love using cast iron pans. Not only are they free of these PFCs, but they age well (they don't look dirty like my stainless steel pots and pans do), are multi-purpose (you can use them on a stove-top, in the oven, and even use them as serving "platters" as more NYC restaurants are doing), and they require less oil when cooking.

Note:  The Environmental Working Group created the first, comprehensive review of PFCs, with special reference to PFOA.  The report is based on a review of 50,000 pages of regulatory studies and government documents obtained from EPA; internal documents from DuPont and 3M disclosed in ongoing litigation; and an examination of a growing body of independent studies on the toxicity and environmental occurrence of PFCs.  Check it out here: PFCs: Global Contaminants by EWG (April 3, 2003).