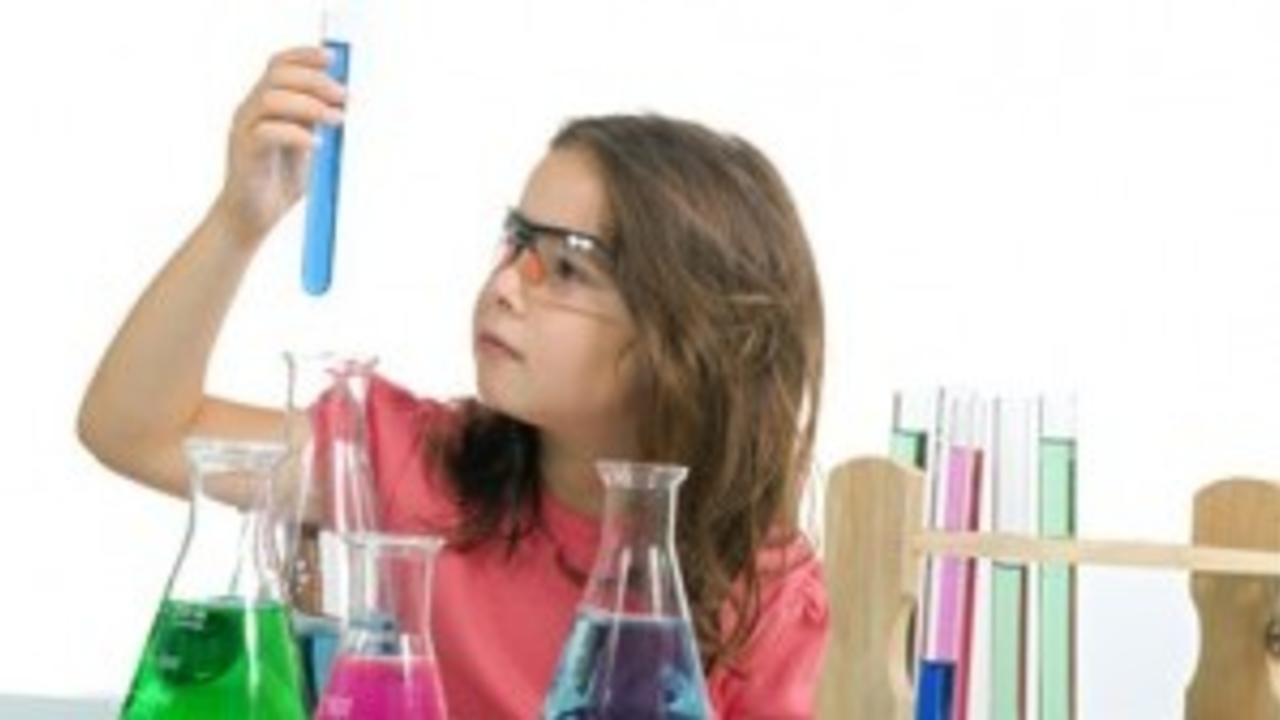 In a world that is increasingly driven by technology, skills in the STEM fields (that's science, technology, engineering and math,) are more relevant than ever in our nation's job market. There are many women who have made meaningful contributions to male-dominated industries, but women are still underrepresented in these roles and often face difficult challenges for equality in their careers. To counteract this imbalance in the long-run, many believe that girls should be encouraged to learn the hard sciences early in life. While there are many ways to empower a child, research is suggesting that toys are an important influencer of a child's future. In fact, a recent study showed that the toys children play with do affect their career aspirations - for girls, those that played with Barbie thought they could do fewer jobs than boys, whereas girls that played with Mrs. Potato Head felt they had the same career options as the boys did. Since most companies gender their toys by using strategic color schemes and targeted marketing tactics, girls often need an extra push to relate to products that are seemingly intended for boys. While the road of a women in a STEM-based industry may be the one less traveled, studies show that in the United States, both genders are suffering. According to statistics reported in an NPR piece, American 15-year-olds continue to produce test results in math, science and reading that fail to crack the global top 20. The latest test results from The Program for International Student Assessment (or PISA,) which collected results from 65 countries, shows that US students ranked below average in math among the world’s most-developed countries. As a woman who is fascinated by technology (and who has enough skills to wish she had more,) I know that it would have been beneficial to learn basic STEM techniques earlier in life - and I am not alone in that sentiment. In light of national trends and their own experiences, many parents have been choosy about the toys they provide to their children, and companies have created great products with the intention of empowering little ones. Here are my three favorite "toys" that were designed to empower - these are definitely all products that I wish I had as a kid!

This is a great toy for anyone who wants to introduce their child to the world of engineering. Recommended for children ages 8 and up, children can learn to make radios, motion detectors, a voice amplifier, and many more projects by snapping various pieces together. Children are able to refer to the toy's manual for instruction on how to make fun projects, but will be able to create their own as they learn the basic concepts behind electrical engineering. This toy is gender-neutral, and makes learning about electricity fun, informative and most importantly, safe, as children can create electrical circuits without soldering or playing with any exposed wires. There are also different levels of this toy, so children can grow into more advanced models as their skills and interest develop.

While this "toy" does not focus on developing STEM-skills, it serves an empowering tool as it encourages girls to be interested in male-dominated career roles. This charming children’s book follows the story of a young girl named Grace, who decides to be president of the United States after she learns that no women have yet been elected for the job. The book teaches children about the electoral system as Grace succeeds in being elected as the president of her class. Grace becomes a great role model as she shows her courage while she competes against other impressive candidates, and as she faces others who laugh at her big ideas. All in all, this book teaches that big results require hard work. The book is great for young boys too - not only does it set a great example of perseverance in the face of adversity, but it's great for boys to visualize women in these powerful roles as well.

Hopscotch is a free iPad app that teaches children basic skills in computer programming through a colorful and playful tool. Ideal for children between the ages of 8 and 12, Hopscotch users can learn basic programming commands that will allow them to bring characters to life, build fun environments for their creatures to play in, and manipulate lines to make any shapes they want. It's a great way to introduce children to a skill set that is extremely valuable in the job market, and also, to teach them to be creators (and not just consumers) of technology. Adults can even benefit from the fun as well - I found Hopscotch to be informative for adults who are inexperienced in coding, and who want to learn more in an easy and causal way. For now, Hopsctoch is only available for the iPad, but compatibility with more devices may be in store for the future. Children don't always need conventional toys to learn great skills. For instance, an interesting recommendation is to find something safe for your children to take apart, and then encourage them to reassemble it in any creative way they can think of. It's a fun (and free) way children can learn some basic engineering skills, and gain an understanding how household items work. For more tips on educational toys and great resources on empowering children (especially girls,) visit some of the sites below: