The Effects of X-Rays on Early Pregnancy 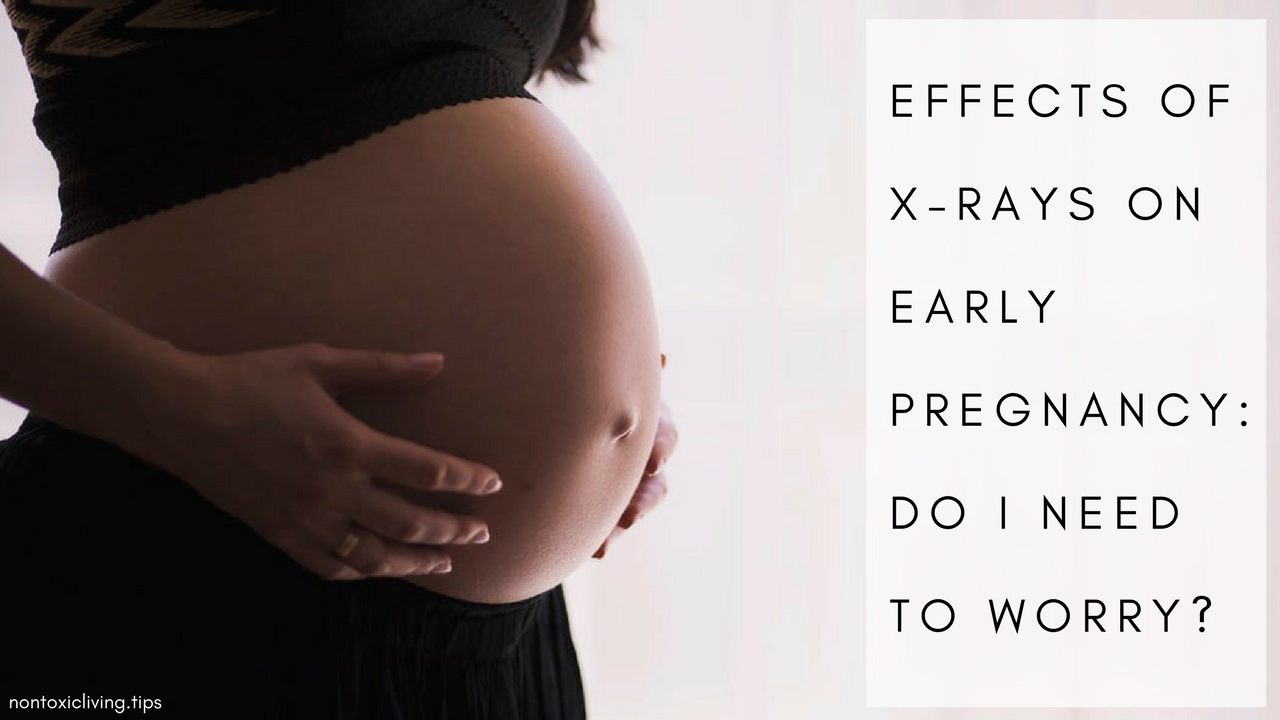 The medical and scientific community frequently updates safety recommendations in response to the latest science. The content may contain outdated information so please always talk to your trusted healthcare providers for the latest understanding about the risks of x-rays during pregnancy.

Radiation from x-rays and other sources is something to be mindful of.

While pregnant, my OBGYN avoided unnecessary x-rays. But, as my dentists and dental assistants rushed out of the room before taking an X-ray, I was left wondering how safe I was. I understand that the most vulnerable areas (that we know of) were protected by a lead apron, but other parts of my body were still exposed, like my brain.

And, while security scans at airports serve an important purpose, radiation exposure is something I prefer to avoid. As a mother of three, I worried about my children whether prenatally, post-natally, and even now that they're older.

Each time we receive an X-Ray or come across radiation-emitting sources, such as airport security scans and cellphone towers, it is important to be thoughtful about exposure to ourselves—and to our children both in utero and later.

In the article below, my team gathered key information for you to understand the context of x-rays during pregnancy.

Radiation is the transmission of energy in the form of waves or particles. The amount or strength of energy transferred can range from very weak to very strong. When most people think about “radiation,” they think of strong, dangerous amounts.

Radiation can be categorized as “non-ionizing” (weaker) and “ionizing” (stronger). “Ionizing Radiation” is the kind that is strong enough to damage atoms and molecules. Gamma rays, x-rays, and ultraviolet waves on the higher end of the electromagnetic scale can break chemical bonds.

“Non-ionizing Radiation” is weaker radiation that can heat molecules. Examples include light, infrared light, and even microwaves.

Are “Ionizing” X-Rays Safe For Embryos?

The amount of radiation exposure to the body is measured in units called RADs. According to American Family Physician, x-rays are below the level of radiation exposure known to harm an embryo or fetus, even during the earliest, most vulnerable stage of pregnancy. “The fetus is most susceptible to radiation during organogenesis (two to seven weeks after conception) and in early fetal period (eight to 15 weeks after conception).”

The AAFP reassures us that a typical x-ray to any part of the body is at the slightest fraction of what is considered dangerous to the fetus. For example:

According to the American Journal of Roentgenology, doses of 5 RADs or less do not increase the risk of either losing the pregnancy or hindering the development of the fetus. AAFP seconds this by saying that there is “no detection of effects seen at any stage of gestation less than 5 RADs.”

Exposure levels approaching or exceeding this 5 RAD threshold is usually the result of either aggressive radiation therapy aimed at killing cancer (a dose averages 200 RADs) or a catastrophic reactor core meltdown. It takes an annual dosage of 10 RADs before a potential for cancer can be caused. For a more comprehensive radiation dosage chart, check out this article from informationisbeutiful.net.

What Harm Can Elevated Radiation Exposures Do to Embryos?

A radiation dosage level above 5 RAD’s is generally considered an elevated amount of radiation exposure and should be further examined. According to the Center for Disease Control and Prevention, doses from 5 to 50 RADs can cause a slightly increased risk of death to the embryo, or, if the exposure occurs within the first five days following conception, the embryo may fail to implant in the uterus.

Major malformations can occur independently of radiation exposure at a 3% rate of all pregnancies. X-Ray exposure of less than 5 RADs between the second and fourth week of pregnancy will not increase the risk of birth defects, according to the United States National Council on Radiation Protection.

After that time, the risk of malformation or birth defect has not been seen to increase below 10 RADs of exposure. These threshold numbers also appear to be consistent in correlation with long-term problems such as low birth weight and childhood cancer. At 5 RADs or more of exposure, the risk increases slightly. 0.3% of children develop cancer regardless of X-Ray exposure. At the 5 RAD threshold, the percentage is closer to 1%.

The most vulnerable time for a pregnant mother is most often the time before she knows that she is pregnant. From conception to implantation, and then through the process of organogenesis, fetal tissue is quite delicate.

Once a woman learns that she is pregnant, it is important for her to take note of all recent X-Rays or any other irregular radioactive exposure she has received so that her doctor can make a better judgment about whether or not further X-Rays are necessary or, indeed, safe.

For the majority of pregnant mothers, the risk of harmful doses of radiation contacting their baby is very low and routine X-Rays or sonograms (non-ionizing) will likely be more beneficial for a doctor’s analysis and ultimately, the baby’s safety.